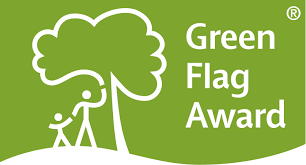 ​Whitstable Castle Gardens has become one of the most popular local attractions since the restoration project was completed in September 2010. Extensive ground works have been undertaken to achieve a unique setting for all to enjoy. No matter what season there is always something different for you to see and enjoy in the gardens. Along with the hard landscaping there is also the addition of an adventure play area containing  a Pirate Ship, swing, roundabout and also interactive items such as sandpits and water feature.

The Castle Gardens have hosted many community events since re-openng, including the return of the very popular Whitstable & Herne Bay Lions Club May Day Fair. Treasure hunts have also been very popular, as well as our ''Scarecrow festivals'' with over 200 families taking part in the trail around the gardens. The Easter egg trail has proved a big hit with younger children and over 150, along with their families took part. Running alongside this were craft workshops in the new Castle Studio, a wooden chalet style building erected in 2011 with support from the Castle Centre Association, George Wilson Ltd and other local groups.

During the summer Whitstable Brass hold free open air concerts on the top terrace. Tango has been very popular, with a temporary dance floor installed in the Rose Garden. The Pirate Treasure Hunt (as part of the Oyster Festival) brought families, not only from Whitstable and the district but from London and beyond.

Whitstable Castle Gardens have been recognised locally by wining the 2011 Best Public Open Space award in Whitstable In Bloom. As well as this, for the last three years we have entered the Kent Wildlife 'Wild About Gardening' competition, winning bronze in the first two years and a silver last year. The gardens attract a wide variety of wildlife including birds, insects and mammals. Foxes and Bats have returned to the Castle gardens and can be seen searching for food at dusk. Stag beetles have always been resident here and new habitats have been built to ensure their protection. We have a pair of regular, nesting blue tits in an unusual home - the column for the main car park CCTV camera.  The pair can be seen to-ing and fro-ing with new nesting material and insects for the young.

The Castle Garden can also boast one of the biggest living Christmas trees in Kent.